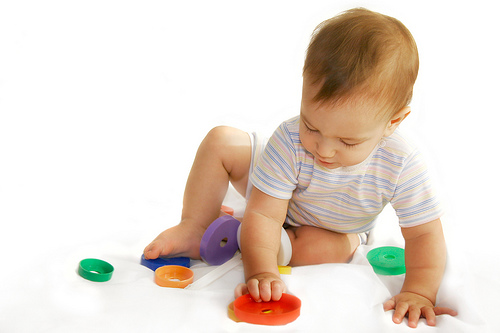 Could starting life with a $100 deposit put newborns on the path to a brighter future? The Financial Access at Birth (FAB) campaign is working to demonstrate just that.  On Monday morning, FAB founder Bhagwan Chowdhry was interviewed on CNN’s “The Ali Velshi Show” to discuss the monumental strides that could be made through this campaign.

GRIFFIN: […] There’s a new campaign that says if every child born in the world is given an initial deposit of $100 in an online banking account that would guarantee everyone in the world would have access to financial services in just a few decades.

Well, this is the brain child of Bhagwan Chowdhry. He is the finance professor and faculty director of the Master of Financial Engineering program at UCLA’s Anderson school of Management [and] joins us now live from Los Angeles.

Professor, thank you so much for joining us. …You’re talking to a very skeptical guy now. Is this just a theory of a professor sitting in his office who thought this would be a great idea, or has this been tried anywhere?

BHAGWAN CHOWDHRY, FACULTY DIRECTOR, MASTER OF FINANCIAL ENGINEERING PROGRAM, UCLA ANDERSON: Well, this is not just a theory, because there are many people behind it. If you go to our website, you will see that professors, social entrepreneurs, simple people — many people have, in fact, joined the campaign. So, that is my test that there is something more to this theory. And you will see that the various parts of this idea, in fact, have been tried at other places. We are hoping to integrate it in one place.

CHOWDHRY: So, $100 is just the incentive. We know incentives work. Half the world population has no access to financial services, simple things that you and I take for granted. Like [the] ability to save small amounts of money in an effective way.

So, what we are saying is that let’s start at birth and integrate [a] $100 deposit with the birth certification. On top of that, we are going to make it an electronic bank account, so that other services can be delivered inexpensively. So, this is just a catalyst that will make a lot of things possible.

For the full interview, read CNN’s full transcript of the show. The interview is towards the bottom of the page.
Flickr credit: River Beach