A Tale of Microfinance in Two Cities 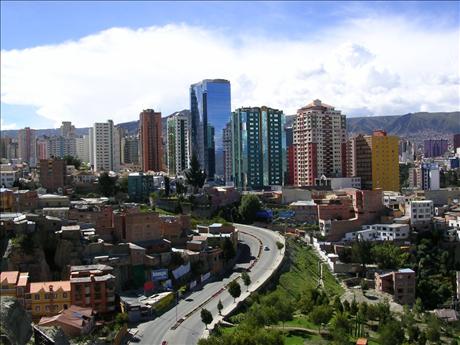 Beth Rhyne’s latest Huffington Post blog puts Bolivia’s microfinance crisis of 1999-2000 side by side with the current crisis in Andhra Pradesh. In the late 1990s, Bolivia suffered the adverse effects of a microfinance bubble; now, ten years later, the affected institutions have recovered and Bolivia’s microfinance sector is looking much healthier due to several adjustments that pushed it in the right direction. Despite the innate differences between the two countries’ situation, perhaps India can look to Bolivia for a “recipe for reform,” or at the very least, hope for the future.

Microfinance in India is undergoing a crisis caused by a toxic mix of mushrooming growth and political volatility. As they ponder their next steps, participants in the Indian microfinance sector would do well to examine another crisis that touched microfinance, in Bolivia in the years 1999 and 2000. Hyderabad, meet La Paz.

Arid, high-altitude La Paz may not share much physical resemblance with steamy Hyderabad, but like Hyderabad, it had a population in need and social entrepreneurs who created a successful microfinance sector. In the late 1990s, Bolivia had the most developed microfinance market in Latin America, with several mature lenders serving Bolivia’s many informal microenterprises.

A Bubble in Bolivia
The sector began to tilt into crisis with the entry of consumer lenders from Chile and other countries in the late 1990s. The consumer lenders brought techniques from developed economies aimed at the middle class. They pushed out loans very fast. But Bolivia’s middle class was tiny, and so the consumer lenders found a new customer base among the microenterprise owners who were already clients of microfinance institutions. Their pitch said, “If you’re a good microfinance client, come to us. We’ll give you a bigger loan and you’ll get it faster.” This appeal allowed them to double the total number of small loans outstanding in the market within a year. Debt stress rose among inexperienced clients… Read more >

For more information, sign up for updates from the Financial Inclusion 2020 campaign.