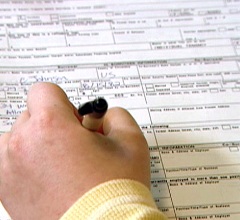 After almost four months since I initially complained about the privacy of my information required by an insurance company, the company’s defensor del cliente, or client ombudsman (an office required by Colombian law), has determined to admit my complaint. I had previously protested about one clause that required me to give the company permanent and irrevocable rights to my information. You can read all about it here.
You’re probably thinking, wasn’t this complaint lodged about 4 months ago? Well, it turns out that after I sent my original complaint to the insurance company, they did nothing with it for about 3 weeks, then had someone from their customer service department call me. After that the company’s client ombudsman contacted me asking for me to submit my complaint in writing.
After I submitted my complaint, they took a few days to analyze the complaint just to tell me that I was going in the wrong direction. It turns out that AIG life Insurance Colombia and AIG General Insurance Colombia are two different legally incorporated companies, therefore they have two different client ombudsmen: one for general Insurance and one specifically for their life-insurance division.
That means I had to start the whole process yet again, from square one. After I resubmitted my complaint to the correct Ombudsman, they took about three weeks to process. That is when I found out that AIG Life Insurance was now called ALICO, so my email had been caught in the fray. They just returned my phone calls and emails a couple days ago informing me that they had officially admitted my complaint.
What follows is that they will communicate the complaint to ALICO, allowing for 15 working days for processing. Then, the ombudsman will have 15 working days, either to request more information or to provide a recommendation on a course of action to the company while keeping me informed.
What does this all mean?
I think that a lesson I am slowly learning from navigating the ocean of bureaucracy, is that if I was a poor client in need of life insurance and I had dependents, I would not really take the time to read the clauses closely and simply sign. Also, if I were not determined to see my complaint be resolved, I would have quit the process a while ago. I will keep you posted…