At the Gates Foundation, Savings Is It 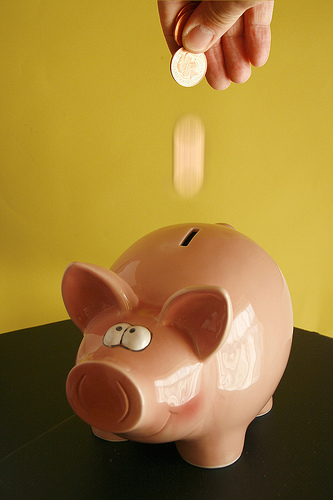 In opening the Bill and Melinda Gates Foundation’s Global Savings Forum in Seattle yesterday, Melinda Gates announced that the Foundation will focus its entire Financial Services for the Poor program on savings – with $500 million in giving over the next few years.
Among the many reasons behind the Foundation’s strategy is the growing evidence of the benefits for savers.  I’ve been pondering how best to describe why the news about the impact of savings is better than the news about the impact of credit, and I believe it comes down to this.  A loan is a gamble: it gives the borrower an opportunity to increase her wealth.  But when someone has saved, she is already better off. Loans pay off for those who can leverage them, but savings pays off for everyone.
Bob Christen, the head of the Foundation’s Financial Services for the Poor team, explained that he and his colleagues were convinced that there is “a historic opportunity” to affect the transactions costs that have been a barrier to small savings.  Regulators and technology providers are poised to enable banks to manage payments through infrastructure that is not their own – mobile phones, banking agents, and retailers. The new infrastructure gets close to the customer at a fraction of the cost of bank branches.  Bob’s goal is to cut the cost of a transaction to something less than 10 cents. And of course it is the mobile phone that offers the greatest potential. This turns the Kenyans, with their runaway success through M-Pesa, into the conference celebrities.
It is not clear where microfinance institutions, credit unions and other small financial institutions fit into this brave new savings-led world. Most of the examples highlighted here are big bank, big corporation success stories like Vodafone, Equity Bank of Kenya, and Banco Bradesco of Brazil. Those who have studied clients most closely, like Stuart Rutherford, believe that the value of savings and credit is multiplied when they are offered together. I worry a bit that we may be heading toward a situation in which massive institutions offer savings services while specialized institutions offer credit. Smaller financial institutions may need to organize open-source networks in which many institutions can participate.
What is clear is that governments are going to play a big role, not only in creating regulatory frameworks but also in using their own infrastructure as platforms. G2P, the distribution of government benefits through the new channels, is a big trend.  The CFI’s work with the Financial Access at Birth campaign fits in nicely here.
The conference continues today, featuring Bill Gates himself on a panel entitled “New Partnerships for Technology-Enabled Inclusion.”
Flickr credit: alancleaver_2000