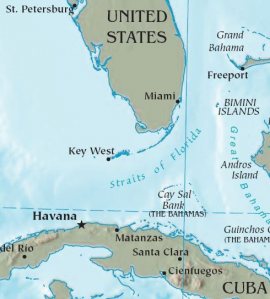 The Center for Financial Inclusion (CFI), in conjunction with the Cuba Study Group, in January sponsored the “Cuba Small Business Summit.”
Participants in the event, which was hosted by the Council of the Americas in New York, examined questions that included: “Could remittances from the US play a key role in providing finance to Cuban new start-up enterprises, in the absence of private or public banks in a position to lend?”
The Miami Herald this week published an op-ed by Sergio Bendixen and Donald Terry that fleshes out the answer to that question.
Bendixen is a founding partner of Bendixen and Amandi International; Terry is former general manager at the InterAmerican Development Bank and current lecturer at Boston University Law School and consultant with the World Bank in Africa. Terry is also a member of CFI’s advisory and faculty councils.
Highlights of the piece, “Remittances and Cuba,” include:
“A commitment from the Cuban government to allow all remittances to enter the Cuban economy freely, unburdened by taxes or other cumbersome regulations, could result in remittances reaching $2 billion to Cuba in the coming years.”
“Limited research has shown that more than a third of Cuban recipients would like to invest a portion of their remittances in some form of business enterprise. Remittances to Cuba are already providing important support to the incipient growth of the micro and small enterprise sector, the most likely source of employment for a growing number of Cubans.”
“Next month’s Cuban Communist Party Congress provides a historic opportunity for the Castro government to acknowledge the new US remittance policy, and match it with a gesture of its own, to the benefit of the Cuban remittance recipients.”
Image credit: US Federal Government