Financial Institutions in Times of Political and Social Unrest: Thoughts from Africa Board Fellows

The following is part of a blog series spotlighting the perspectives and experiences of CEOs and board members of financial institutions, as well as industry experts, who have participated in CFI’s Africa Board Fellowship program.

Few countries have escaped socio-political unrest, conflict or periods of crisis. As the consequences of such events can be severe for both financial service providers and their customers, it behooves every board and CEO to consider how they might prepare themselves to respond when the political environment around them deteriorates. 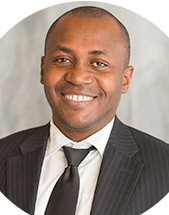 Africa Board Fellowship (ABF) alumnus Barnabe Francois, CEO of Microcred Ivory Coast, described a crisis his institution faced in early 2017 in which a range of events all struck at the same time:

“In January 2017 former soldiers demanded money from the government and violence erupted. At the same time, there were strikes within the public administration that lingered for three weeks. The timing could not have been worse, since the government had recently kicked out as many as 500 of our customers who were selling on the streets. This affected us tremendously. We had been in the process of addressing issues related to repayment when the political unrest escalated.”

The immediate effect was seen in Microcred’s portfolio at risk (PAR), which jumped from 3.8 percent in December 2016 to 5.1% in January 2017.Barnabe continues, “Since then, we have struggled to get back to our target PAR of 3 percent. As for our clients, some of them are still facing problems. Many lost all their goods because they had to flee the area when the government kicked them off the streets. I should also mention that there were some who were not affected by the unrest, but took advantage of the situation by claiming they were impacted and refusing to pay.”

The board was very concerned when this happened, and increased its attention to PAR targets. “We had a high concentration of clients in one particular area. This prompted me to start an expansion plan and we have opened new branches in other areas in order to have a more diversified portfolio.” Barnabe’s full interview goes into greater detail about lessons learned from ABF in navigating these challenges. 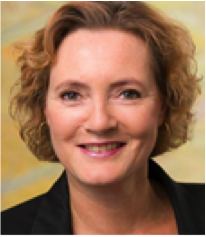 ABF Fellow Resi Janssen, Board Chair of Finance, South Sudan Limited (FSSL) faced a more extreme situation due to political and economic chaos in South Sudan. Violence made it dangerous for many clients and staff, and at the same time South Sudan’s economy was hit with devaluation and inflation, making the currency nearly worthless. One predictable response was flight, as Resi explains:

“In July 2016, some staff in one branch fled to Uganda and did not come back. Due to devaluation and inflation, the salaries of staff in terms of US dollars diminished some 25 times. We doubled the basic salary in January 2017, but this was still far from enough to earn a decent living…

Several clients lost properties. Businesses were looted (some tens, not hundreds). Because of the conflict, a few hundred clients fled to northern Uganda and DRC.”

In her full interview, Resi offers the following concrete advice for MFI board members on how to support staff and clients during periods of unrest:

Preserving Liquidity: Policymaker Responses to COVID-19 and the Impact on Low-Income Customers

Clients Deserve to Know: Using Radio to Educate and Empower Consumers in Africa