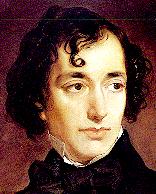 "All my successes have been built on my failures." ~ Benjamin Disraeli

“There have been no failures in microfinance.”  I was struck by this statement when I heard it two years ago at an industry conference.  Having recently moved from an investment bank (where part of my job entailed looking at distressed companies) to microfinance, I had a hard time believing this.  How could a rapidly-growing, relatively young industry have avoided these pitfalls?
Later, when I talked with Deborah Drake, coordinator of the Council of Microfinance Equity Funds, she could barely believe it.  Over her twenty years in the industry she has witnessed multiple examples of failed (or severely challenged) MFIs: “Of course there have been failures in microfinance—it’s just that no one talks about them.”
But finally, the microfinance sector is talking about them.  Calmeadow just published a paper resulting from a project to generate lessons from failures in Latin American microfinance. The report, “Lo Bueno de lo Malo en Microfinanzas: Lecciones Aprendidas de Experiencias Fallidas en America Latina”, was written with support from the CFI, Deutsche Bank, the Inter-American Development Bank (IDB), and the International Association of Microfinance Investors (IAMFI).  The paper draws on case studies from 10 institutions in Latin America.  It searches for the root cause of the failure, which it categorizes into eight “buckets.”  Was it fraud?  Uncontrolled growth?  Public intervention?  The paper ultimately reiterates the importance of strong governance and management at institutions.
While this paper only examines Latin American experience, the Center for Financial Inclusion is taking it global.  During the coming several months we are expanding the scope of the project beyond Latin America, to include cases in Africa, South Asia, Eastern Europe, Central Asia, and Southeast Asia.  We will investigate whether the drivers of failure around the world are the same or different from those found in Latin America, with the goal of identifying ways to avoid and/or address these challenges.
Research is now getting underway, with a preliminary list of cases to study.  We’d love to hear from you if you have ideas about cases that deserve to be included.  Email your suggestions to me, sdolan@accion.org.
To learn more, read the report in Spanish. An English version will be forthcoming in mid-September.
Image from Wikimedia Commons