Malegam Recommendations Prompt RBI Changes, But Not as Drastic as Feared 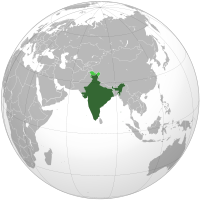 The Reserve Bank of India (RBI) on Tuesday declared in both its Annual Monetary Policy Statement and its statement on “Bank loans to Micro Finance Institutions (MFIs) – Priority Sector status”  that it has decided to “to accept the broad framework of regulations recommended by the [Malegam] Committee”.
Although more details on the regulation are to be released later this week, the RBI did make some significant and welcome changes in the regulations, including:

The regulations, although they have been eased, will pose significant challenges to smaller MFIs and still do not address the continuing repayment crisis in Andhra Pradesh.
“The AP MFI (Regulation of Money lending) Act will continue to apply for all MFI operations in the State even after RBI’s policy announcement today,” Reddy Subrahmanyam, principal secretary of the Department of Rural Development, Andhra Pradesh Government, told Business Line.
For other reactions please see:
“Sa-Dhan welcomes RBI’s regulation on microfinance” – Microfinance Focus, May 4, 2011
“Smaller MFIs may find it tough to follow RBI norms” – LiveMint.com, May 4, 2011
“MFIN Reaction to Monitory Policy issued by RBI” – India InfoLine, May 4, 2011
For reference, here is the RBI’s circular:
Bank loans to Micro Finance Institutions (MFIs) – Priority Sector status
We invite a reference to paragraphs 92-93 of the Annual Policy Statement for the year 2011-12.
2. It has been decided to regulate microfinance sector by the Reserve Bank as a separate category. In this connection, we  advise that bank credit to Micro Finance Institutions  extended on, or after, April 1, 2011 for on-lending to individuals and also to members of SHGs / JLGs will be eligible for categorisation as priority sector advance under respective categoriesviz., agriculture, micro and small enterprise, and micro credit  (for other purposes), as indirect finance, provided not less than 85% of total assets of MFI (other than cash, balances with banks and financial institutions, government securities and money market instruments) are in the nature of “qualifying assets”.  In addition, aggregate amount of loan, extended for income generating activity, is not less than 75% of the total loans given by MFIs.
3. A “qualifying asset” shall mean a loan disbursed by MFI, which satisfies the following criteria :
i.    The loan is to be extended to a borrower whose household annual income in rural areas does not exceed Rs.60,000/- while for non-rural areas it should not exceed  Rs.1,20,000/-.
ii.    Loan does not exceed Rs.35,000/- in the first cycle and Rs.50,000/- in the   subsequent cycles
iii.    Total indebtedness of the borrower does not exceed Rs.50,000/-.
iv.    Tenure of loan is not less than 24 months when loan amount exceeds Rs.15,000/- with right to borrower of prepayment without penalty.
v.    The loan is without collateral.
vi.    Loan is repayable by weekly, fortnightly or monthly installments at the choice of the borrower.
4. Further, the banks have to ensure that MFIs comply with the following caps on margin and interest rate as also other ‘pricing guidelines’, to be eligible to classify these loans as priority sector loans:
i.    Margin cap at 12% for all MFIs. The interest cost is to be calculated on average fortnightly balances of outstanding borrowings and interest income is to be calculated on average fortnightly balances of outstanding loan portfolio of qualifying assets.
ii.    Interest cap on individual loans at 26% per annum for all MFIs to be calculated on a reducing balance basis.
iii.    Only three components are to be included in pricing of loans viz., (a) a processing fee not exceeding 1% of the gross loan amount, (b) the interest charge and (c) the insurance premium.
iv.    The processing fee is not to be included in the margin cap or the interest cap of 26%.
v.    Only the actual cost of insurance i.e. actual cost of group insurance for life, health and livestock for borrower and spouse can be recovered; administrative charges to be recovered as per IRDA guidelines.
vi.    There should not be any penalty for delayed payment.
vii.    No Security Deposit/ Margin are to be taken.
5. The banks should obtain from MFI, at the end of each quarter, a Chartered Accountant’s Certificate stating, inter-alia, that (i) 85% of total assets of the MFI are in the nature of “qualifying assets’’, (ii) the aggregate amount of loan, extended for income generation activity, is not less than 75% of the total loans given by the MFIs, and (iii) pricing guidelines are followed.
6. The guidelines relating to categorization of (i) investment by banks in securitised assets originated by MFIs and (ii) outright purchase of loan portfolios of MFIs as priority sector advances in the books of the banks would be issued in due course. In the meantime, fresh assets would qualify for priority sector treatment only if they satisfy the criteria of qualifying assets and adhere to the pricing guidelines as specified above.
7. Bank loans to MFIs, which do not comply with above conditions and bank loans to other NBFCs, will not be reckoned as priority sector loans w.e.f. April 1, 2011. The bank loans extended prior to April 1, 2011 classified under Priority Sector will continue to be reckoned under Priority Sector till maturity of such loans.
8. We are in the process framing regulatory guidelines on the other recommendations of the Malegam Committee. Micro Finance Institutions to be included in the above regulatory framework have to initiate requisite organisational capacity building exercise so as to enable them to conform to the above guidelines. Banks which are lending to MFIs will be one of the important pillars of the new regulatory framework and, hence, they need to build up necessary criterion of due diligence while processing loan applications from MFIs. This process should be initiated immediately to ensure that MFIs availing finance from them are capable enough to put up the systems in terms of Corporate Governance, Human Resource Management, Customer Protection and other aspects of the proposed regulatory framework, so as to ensure that once the new regulatory framework is in place, Micro Finance Institutions can carry out their operations without any major disruption.
9. Kindly acknowledge receipt of this circular.
Yours faithfully,
(Deepali Pant Joshi)
Chief General Manager-in-Charge