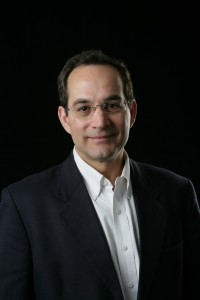 Martin Burt created the microfinance NGO Fundación Paraguaya (FP) in 1985 with the idea of zeroing in on the problem of chronic unemployment in his homeland’s urban slums and rural areas. FP grew to be one of Latin America’s best-performing microfinance institutions, and today it serves 70,000 clients, most below the poverty line.  FP was the first development NGO in Paraguay and the country’s first microenterprise program.
Burt has further ambitious plans to build microfinance’s potential as a tool to help people lift themselves out of poverty.
“If we want to graduate people across the poverty line, we have to visualize what that means—what type of latrine they should have, what vaccinations,” he says. “Any family can obtain a good latrine or stove if they have the will; they usually are held back by a lack of motivation and skills, as well as by doubts—can I do it? We’re working on motivation and skills.”
Burt shares his thoughts on the microfinance industry past, present, and future in the fourth installment of the “Microfinance Matters” interview series:

Imagine yourself as an idealistic new graduate eager to make a difference in the world. You probably don’t want to come home to a malevolent old dictatorship. When Martin Burt returned to his native Paraguay in 1983 after graduate studies in public administration in the US, he saw no room for his new skills in the oppressive government run by General Alfredo Stroessner, then in his 39th year in office.
Burt could have easily fled and become part of the Latin American brain drain. But he never seriously considered that option. “In a poor country, if you’re born into a family that can send you to a good school, you have a moral obligation to help the less fortunate,” he explains.

To read more of the interview with Burt, click here.