Nicaraguan MFIs Forge Ahead in Wake of 'No Pago' Crisis 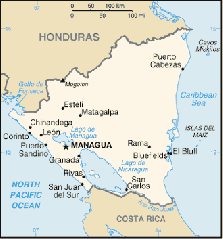 Nicaragua’s MFIs are playing an important social and economic role, and some are rebounding from the No Pago (No Payment) Movement crisis, according to local and international reports.
The No Pago crisis, in which thousands of clients refused to pay back their loans, combined with the international financial downturn and political interference to leave many MFIs illiquid in 2009 and 2010.
However, the Nicaraguan Foundation for Economic and Social Development (FUNIDES), in its Economic Situation Report 2011, recently said MFIs were important to the country’s economic and social development because of their service to over 270,000 low-income people.
Nicaragua’s MFIs generate employment and help reduce poverty, according to the report, which was covered by Microfinance Focus on April 14.
Meanwhile, some MFIs appear to be making headway despite the No Pago turbulence, Barbara Magnoni reported in the February issue of the MicroCapital Monitor.  Some MFIs have reached pre-crisis credit quality, wrote Magnoni, pointing to successes by Pro Mujer Nicaragua, which now serves 26,000 clients, and the Fondo de Desarrollo Local.
These achievements come against a backdrop of ongoing concerns about the No Payment Movement, which is offering to support President Daniel Ortega’s re-election campaign, according to allegations reported in April by La Prensa.
The backing would come at the price of Ortega arranging for the repayment of US$25 million that the group of merchants, microentrepreneurs, and producers owe to 67 financial institutions, including MFIs, the newspaper reported.
The No Payment Movement’s proposition. according to La Prensa, is that the government would take over the US$25 million debt, and the debtors would repay the state over a 10-year period.
For further reading:
Nicaragua’s Microfinance Crisis: Looking Back, What Did We Learn?
Ley Moratoria (Moratorium Law) Passes in Nicaragua
Nicaraguan Microfinance in Crisis