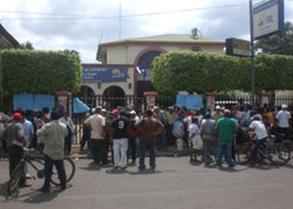 The microfinance industry in Nicaragua is under siege by a politically motivated group of borrowers who call themselves the No Payment Movement (Moviemiento No Pago).  The Movimiento No Pago includes from 3,000 to 5,000 producers, merchants and microentrepreneurs who are led by the former mayor of Jalapa Omar Vílchez. The movement commenced in Jalapa in the summer of 2008, with the takeover of an MFI and a riot incited by a protest speech.
Recently, the leaders of the movement have demanded that the Congress approve a Moratorium Law to give debtors a 10 year amortization period with interest rates that do not exceed 8 percent APR as a condition to stop harassment of the microfinance industry. The leaders of the Movimiento No Pago from the North and Caribbean regions of Nicaragua have threatened to burn the buildings of MFIs, take hostage MFI personnel and escalate their violence if their demands for a moratorium law are not met. 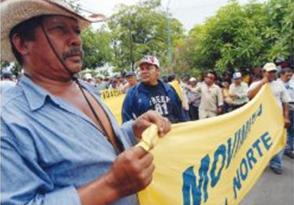 There has been important opposition to this moratorium law from many sectors. Several newspaper editorials and articles speak against the moratorium bill, which has not yet moved toward legislative action. The law was sent back to the economic committee of the National Assembly and Awaits review.
According to one journalist, “Before erasing two decades of investment and progress with a vote, the National Assembly should investigate how microfinance operates and the reasons for its high costs as well as its social and economic impact as well as its clients’ satisfaction. A law that rewards clientele without willingness to pay and punishes honest and punctual clients, will incentivize a non-payment culture at a loss for all of the social stakeholders involved, including the banking system.”
In separate statements (find here and here), a large group of microfinance investors and a microfinance network stated their concern. They warn that the deteriorating investment climate in Nicarauga might dry up funding sources for MFIs and that non-payment movements in other countries have reduced the growth of microfinance, depriving the people who need it most  from access to services.

For more information go to: