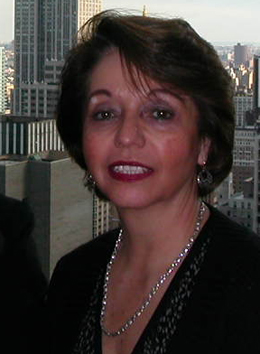 Pilar Ramírez, a pioneer of microfinance in Latin America, in 1985 launched FIE, Bolivia’s first MFI. Her personal journey in the industry parallels the Bolivian microfinance sector’s development from its beginnings to its current mature status.
Ramírez, whose passion for social justice has never flagged, believes that she, FIE, and microfinance in Bolivia have all made significant contributions to the lives of low-income Bolivians.
Today, however, she sees troubling developments that are products of the industry’s very success. As MFIs become more profitable, Ramírez worries that the field is luring in professionals who lack the social commitment of the founding leaders. “It’s becoming like any business,” she laments.
As 2011 begins, Ramírez shares her thoughts on the microfinance industry past, present, and future, in the second of the “Microfinance Matters” interview series:

Although born into a wealthy family in Bolivia, Pilar Ramírez was part of a generation whose social conscience was formed by the events of the late 1960s.  As a high school student, Ramírez was galvanized into activism when the revolutionary hero Ché Guevara came to Bolivia and was killed by the military dictatorship in 1967.  “Ché had impressed the youth here, as he represented change and hope that a ‘new man’ – one who cared about the needs of the poor – was possible,” she says. At that time, she might have been stunned to learn that her belief in social justice would ultimately lead her to become a banker, and eventually the chair of CONFIE, a bank holding company.

To read more of the interview with Pilar Ramírez, click here.