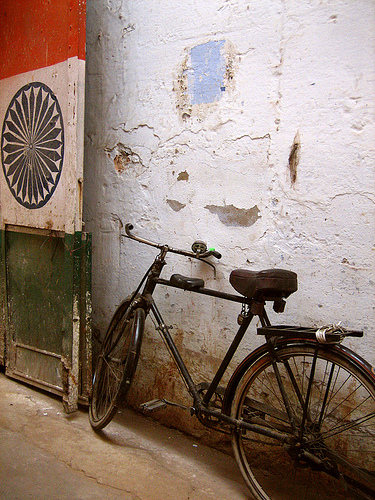 Veena Mankar is co-founder and managing director of Swadhaar FinServe. She has over 30 years of experience in development and commercial banking. Below is her response to Beth Rhyne’s Huffington Post blog article, “Who’s to blame for the Andhra Pradesh crisis?”
I would like to add a dimension to Beth Rhyne’s perspective on “Who’s to blame for the Andhra Pradesh crisis?”
The two main contentious issues in the crisis are unaffordable interest rates and collection practices, which have led to a comparison with the notorious moneylender. To my mind, both these issues, to a certain degree, trace their roots to the lack of comprehensive financial services for the poor.
MFIs have successfully extended loans to the poor, but not other financial services. It is accepted that the poor have entrepreneurial opportunities that provide returns of 20-30% per month, which can therefore absorb the very high interest rates on loans that arise from high transaction costs.
However, the interest rate becomes unaffordable when the loan is used not for income generation or cash-flow smoothing, but rather for other purposes. Low-income households with easy access to credit are using loans as substitutes for other financial products. For example, in a situation without life or accident insurance for the main income-earner, a loan could be taken out to cope with the financial “emergency” resulting from death or disability. This is also the case in a medical “emergency” requiring hospitalization of a family member.
In the absence of planning and saving for life-cycle events such as birth, marriage, and education, loans become surrogate savings and an alternative to insurance products that the middle class can access.  Poor women in the slums of Mumbai have said to me again and again that they are often compelled to resort to borrowing to tide them over during “emergencies”.
The 98-99% repayment record of the MFIs has been celebrated as evidence of the creditworthiness of the poor. But has this made MFIs a victim of their own success? The acceptance of this repayment rate as the underlying premise led to restructuring and delinquency management being considered unnecessary. Having these in place would only increase operational costs, which in turn would further push up interest rates or affect sustainability.
In reality, when field officers are faced with non-payment and don’t know what to do, they may resort to whatever methods they think will work. The industry needs a period of serious introspection, since in the absence of proper direction, the village moneylender’s method has become the model for collection, even if only in a small minority of cases. In any lending business, dealing with non-payment has to be part of the policy and process, not left to the discretion of the person on the spot.
Had the loans not been used for emergencies, repayment would not have become a problem. The emergencies, however, were not caused by MFIs. They were caused by poverty, vulnerability, and a lack of other financial products. The MFI loans, coming as they did at a much lower rate than the moneylender’s, probably gave more staying power to the borrowing family.
To address the present crisis, the government and regulators need to demonstrate just as much introspection as the MFIs, if not more. What they need is to accept that MFIs can reach where others have failed. They need to create an enabling environment that permits MFIs to deliver, but to deliver responsibly, while providing more than just loans.
Flickr credit: Meanest Indian