Tanzania and the Impact of Microfinance: Reflections on Kilimani Chini Kilimani Chini looks, at first glance, like the backdrop for a “Save the Children” infomercial. With a name literally meaning “the road down” in Swahili, Kilimani Chini is composed of five crumbling brick structures, the remnants of a camp for coffee pickers built in the 1950s. A few women poke their heads out of dark doorways, casting cursory glances at the crowd of toddlers who play in the dust. There are no men in sight.
As a Princeton-in-Africa fellow with the Rift Valley Children’s Village (RVCV) an American-run NGO, I spent 18 months living just down the road from Kilimani Chini. I taught the village children at the local primary school, I lobbied for community support for new educational initiatives, and I encouraged  parents to invest in the future of their children. When, a few months into my stay, the organization launched a microfinance program, I tagged along with the microfinance director as he conducted market research, held initial meetings with community leaders, and eventually made the first round of loans. I sat in the back of our crowded Rec hall during financial literacy seminars and attended daylong programs on budgeting.  And I waited, with bated breath, for the transformational change that I was certain was just around the corner.
In a community where everyone is essentially squatting on land owned by the coffee plantations, and most families get by on under a dollar a day, opportunity is in short supply. The vast majority of children drop out of school after “standard seven” (the equivalent of a seventh grade education) and join their parents picking coffee – when it’s in season – and scrambling to find other ways to get by – when it isn’t.
Microfinance felt like a silver bullet. Hardworking people would finally have the resources to succeed on their own – effort and initiative, rather than handouts, would be the tool to break the chains of generational poverty.
I left when the microfinance program was still in its infancy. In those early days, everything was exciting – the loan repayment rate was close to 100%, and the small businesses being launched ranged from women making bead necklaces to farmers leasing land and trying out new crops, and all the way to teachers making bricks in their spare time. It felt like we were watching the community change, virtually overnight. After I left, the honeymoon period of the microfinance program slowly came to an end. As loans got bigger, so did the percentage of clients defaulting. The short rains came late, farmers crops failed, and several of the most reliable clients began making homemade alcohol rather than weaving baskets.
There were still superstars, individuals for whom a loan catapulted them into a different economic reality. One of these extraordinary clients was a round, bossy woman named Mama Charles. Long before RVCV landed in her backyard, Mama Charles was running a tiny storefront outside of her house – selling her neighbors everything from single cigarettes, to hard candies, to plastic packets of bargain-rate gin. When American volunteers began arriving in droves, she started stocking Red Bull in addition to the dusty glass bottles of Fanta and Coke that lined her shelves.  Mama Charles used her first loan to expand her shop, and spent her early profits to buy a solar-powered flashlight, so her children could study at night.
Four years later, the Charles family has four small shops in the region, and Mama Charles is considering buying a plot of farmland just outside the nearby city of Karatu.  Mama Charles’s husband, who works alongside her in the shop and is a wholehearted supporter of his wife’s entrepreneurial efforts, brags to anyone who will listen that his oldest daughter, Anna, got the second-highest score in her school on the national exam. Mama Charles grew up picking coffee, and Anna is well on her way to achieving her dream of becoming a doctor.
Mama Charles is a microfinance program’s dream come true – a hardworking, entrepreneurial client, whose success is clearly translated into increased opportunities for herself and her children. It is tempting, hearing stories about women like Mama Charles, to assume that microfinance will lift whole communities out of poverty at a rapid pace. The thing about exceptional people, however, is that they are – by definition – the exception to the norm. 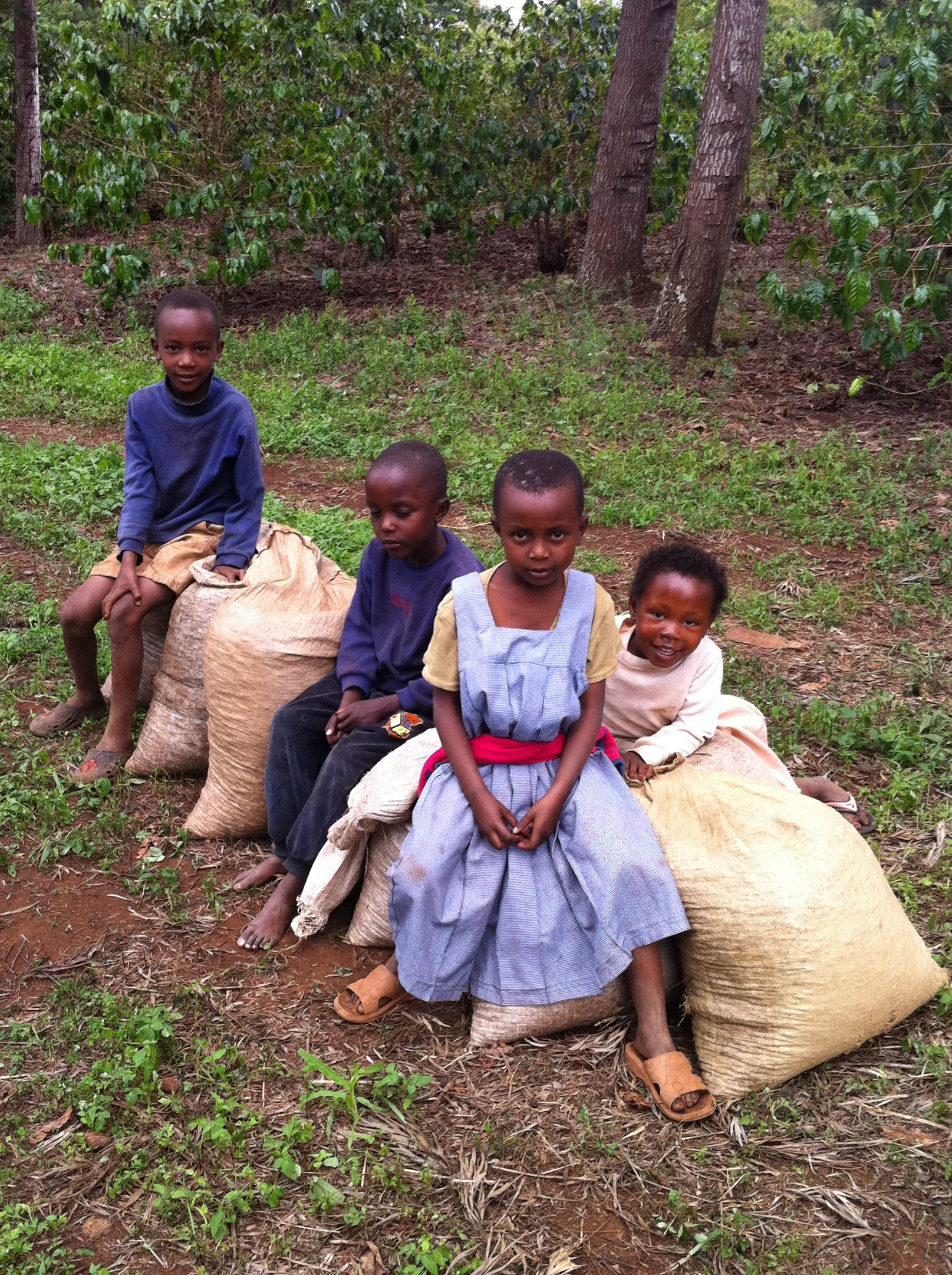 Most clients didn’t meet with Mama Charles’ extreme success, nor did they direct virtually all of their profits to expanding opportunities for their children and their communities. Most clients were more like Jonathan, a teacher who makes a modest income on the side making bricks with the hand-held mold he purchased with his loan. The first thing Jonathan bought with his profits was a new, fancy cell phone (despite the fact that he lives in a house without electricity). He regularly treats his co-workers to a beer when profits are good. But he is also paying the primary-school fees for his six nieces and nephews who live in a neighboring community. Or like Neema, who bought a sewing machine and who hands over most of her modest profits to her husband – who promptly drinks them away. But Neema manages to hang onto enough to make sure that her daughter doesn’t have to miss class to pick coffee, and she is steadily building a tiny nest egg so she can one day start her own sewing school.
More than three years have passed since the first round of loans were distributed. And, on the surface at least, life in Kilimani Chini, and the villages around it, appears remarkably unchanged. But, as in so many cases, appearances can be deceiving. From the outside Neema’s house looks like it is crumbling, but inside the walls are covered in bright wrapping paper and the cement floors are so clean they shine. In her spotless home, there is a corner set aside for her daughter to study. A picture of Jonathan’s nephew, in a brand-new school uniform, sits proudly on Jonathan’s desk. And Mama Charles has just sent her third child to a top-tier secondary boarding school.
It is tempting to expect transformational change to occur instantaneously; however, in the case of Kilimani Chini, transformational change is occurring incrementally. Because of Jonathan’s loan, his six nieces and nephews are getting an education. Because of Neema’s loan, her daughter has a place to study, rather than pick coffee. And because of Mama Charles’ loan, an entire community is able to see what is possible when hard work and entrepreneurial spirit combine.
When RVCV launched the microfinance program, those of us on the outside were hoping for a silver bullet. What we got was less dramatic, but ultimately not less transformational, than we had hoped. As is so often the case, meaningful change doesn’t happen over night – it takes time and effort, and an allowance for human error, to begin to see sustainable changes occur.
Jessie Cronan is currently a second-year Masters in Public Policy Candidate at the Harvard Kennedy School. From 2007 – 2008, Jessie worked as a Princeton-in-Africa fellow with the Rift Valley Children’s Fund in rural Tanzania. Her work focused on improving educational outcomes in the region.