What Do You Want First – The Good News or The Bad News? Top Picks of the Microfinance Blogosphere – March 11, 2011 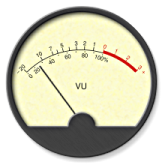 So far, March offers a mixed bag of news – largely good, some bad – from the microfinance world. From International Women’s Day to troubles at Grameen Bank, here are our Top Picks for this week: