Who Has Muhammad Yunus’ Back? 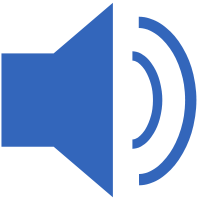 In Bangladesh, the ugly events of the last few months have reached a climax, and everyone in the microfinance industry would do well to wake up — and speak up.
What’s afoot? As the Financial Times puts it: “After publicly denouncing the founder of Grameen Bank for corruption and of ‘sucking the blood’ of the poor, Dhaka has limply resorted to a legal technicality to remove the Nobel Prize winner from the board of the microfinance institution.”
What’s at stake? In the words of Sam Daley-Harris, the director of the Microcredit Summit Campaign, this is “the latest move in a campaign to persecute Prof. Yunus and undermine the independence of Grameen Bank.” And because Grameen has yet to comply with Dhaka’s dictates, as the Financial Times observes, the deadlock resulting from this “political score-settling” can hurt only “both the bank and the wider microfinance industry.”
There are signs that Dhaka’s scorched-earth assault is already causing a closing of ranks in the industry, even where professionals have in the past been divided by debates. One good example appears on the Philanthrocapitalism blog, where Matt Bishop and his co-authors state that “[T]hough we have issues with Mr Yunus’s attacks on for-profit microfinance, we stand shoulder-to-shoulder with him in opposing this politically-motivated attack.”
We can only echo this statement. At this critical moment for microfinance, attacks of this type on someone of Dr. Yunus’ stature are attacks on us all. To the extent possible, we have to have his back.