Financial Inclusion and Future Jobs: What the Market in Indonesia Tells Us

The gig economy is sometimes viewed as an adversary of job security and worker protections. In Indonesia, it's a different story.

In January, I joined Caribou Digital’s immersive Live Learning program in Indonesia. The program included visits to all the major digital players in the country including ride hailing, e-commerce, digital payments, peer-to-peer platforms and digital value chain actors. One of the most interesting parts of the program was talking to the merchants, producers and gig workers who are using the new digital economy to make a living. Many of these digital platforms that are driving this new economy rely on a ubiquitous digital payment system that’s enabling transactions to take place between micro-merchants and gig workers and the buyers of their products and services. Ride and e-commerce platforms are not only serving as an important driver to bring people into the formal financial system, they’re creating new and more lucrative opportunities for work for millions of merchants, producers and service workers.

In the West, the rise of the gig economy and the platforms that enabler it has been viewed by some as contributing to the deterioration of stable jobs and an erosion of worker protections. While the gig economy is recognized for offering workers flexibility and a chance to be their own bosses, there’s evidence that remuneration has not lived up to what many of the gig platforms promise, and workers are working longer hours for less.

Most emerging economies never had the secure jobs that the gig economy is purportedly displacing.

This narrative in the West does not appear to translate to emerging economies, at least not what was evident from the market in Indonesia. For one thing, most emerging economies never had the secure jobs that the gig economy is purportedly displacing. Instead, the digital platforms are enabling a certain formalization of informal work that has thus far remained inferior to formal jobs. The new digital platforms are contributing to standardizing and organizing a set of workers who had previously been left to fend for themselves.

There are three important contributions that platforms are making toward the lives of merchants and gig workers in Indonesia:

It was striking to see the type of investment that many of the platforms in Indonesia are making in training the merchants or the gig workers on their platforms. For example, Indonesia’s main e-commerce platforms, Tokopedia and Bukalapak, both offer many learning opportunities for their merchants including in person events and video streaming “tips” that cover topics such as taking appealing pictures of their products and getting halal certification to expand the appeal of their products among religious Muslim customers.

Gojek, one of Indonesia’s super apps that began in ride hailing but has expanded to other lifestyle services, currently offers a form of social protection to its drivers, something they call Swadaya. The rationale for the company is that this improves the loyalty of its drivers in a fiercely competitive market. The benefits to the drivers are clear: health insurance and unemployment benefits if they fall ill.

Nearly all the platforms are layering multiple financial services for their merchants and gig workers. Digital credit, insurance, and investment products such as e-gold and mutual funds are all currently available in the market. This is enabling merchants and gig workers to grow their businesses and to have access to financial services that improve their resilience to shocks. 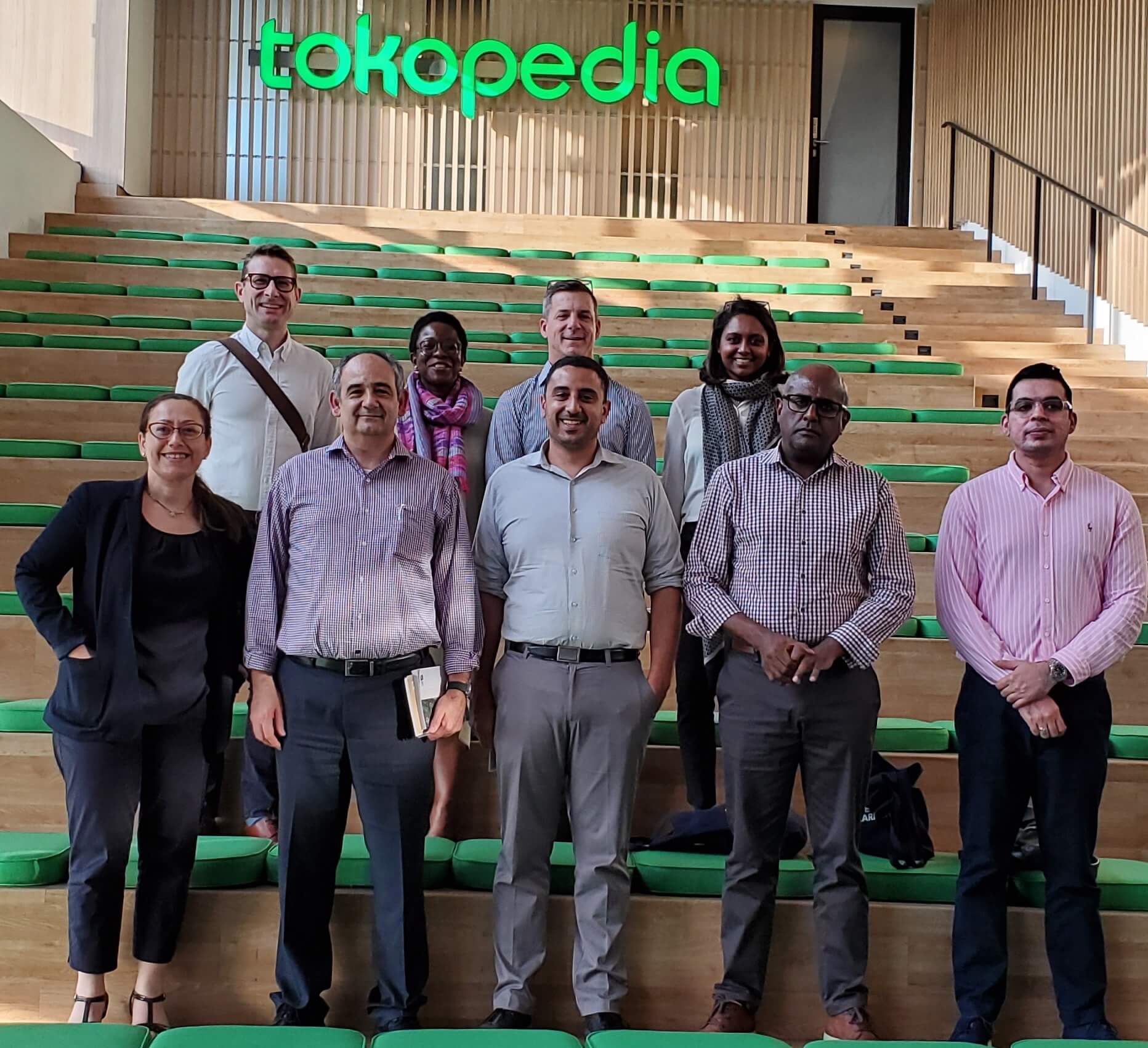 Live learning participants at Tokopedia's headquarters in Jakarta. Tokopedia generated an estimated 10 percent of all new jobs in Indonesia in 2018.

The impact of these platforms on the Indonesian economy are being noticed. In 2018, Tokopedia generated 10.3 percent of all new jobs (in the form of merchants) in Indonesia. Grab, the other major ride hailing platform, currently has 2.6 million agents which serve 46 million end users. Incomes of agents increased by 30 percent last year.

These benefits were evident when we met with individual agents, merchants and gig workers. One merchant we met who sells skull caps made from bamboo on three e-commerce sites was able to add an important livelihood to his normal construction job when he discovered he could buy from local producers and market on these e-commerce sites himself. He only had a primary school education, but he was able to get the hang of these e-commerce sites on his own. Another woman who works as a masseuse on the GoMassage platform hosted on Gojek had nearly doubled her income as the platform has expanded her market substantially. We heard similar stories from agents, drivers, and cleaners who deliver their services on these platforms.

We need to focus attention on research and documenting the impact of these new jobs in emerging markets.

Undoubtedly the individuals we met were not representative of the entire universe of merchants and gig workers in Indonesia. To better understand whether these anecdotal experiences are exceptions or the norm, we need to focus some attention on doing research and documenting the impact of these new jobs of the future in emerging markets. This will certainly be an area of focus for CFI in the future. Stay tuned. 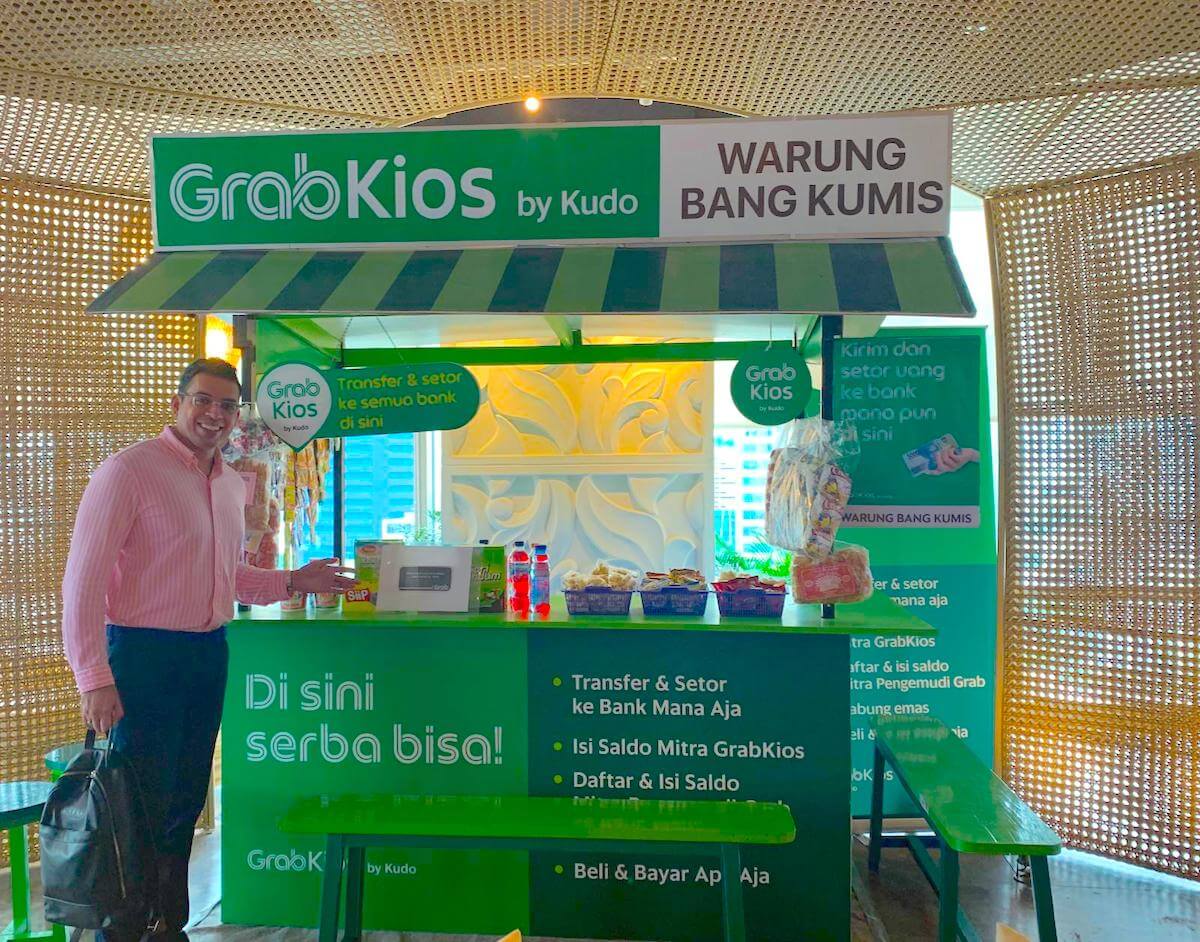 Regulatory Headwinds on the Horizon for Chinese Fintechs: Where Do Consumers Fit In?